Before the term ‘fair trade’ even came into existence, there was a woman called Ursula Brunner who was a true pioneer for workers’ rights in the developing world. It all began in Switzerland in 1973 when Ursula was inspired by the documentary ‘Bananera Libertad’, which focused on the plight of Latin American banana workers.

In October that year, Ursula and her group of supporters brought this issue to public attention by giving out bananas to people in the street and asking them to consider why they were so cheap to buy. Born in 1925, later becoming a pastor’s wife and mother of seven, she caught the attention of the media in an age when women were simply expected to stay at home and look after the family. After just two days, it is reported that this group of seven women distributed 600 kilos of bananas and collected 1,500 signatures in a petition to achieve a better price for banana farmers. Their efforts were repeated by women throughout the country, who also felt stirred by the cause.

Three years later, Ursula travelled out to South America to meet with the Colombian Minister of Economy. She went on to make this journey annually for the next 20 years. Ursula spent these visits meeting with farmers on their plantations, and speaking to government officials, never giving up on her dream of bringing fairly-produced bananas back to Europe. Unfortunately, these plans never came to fruition due to plantations being tied into long-term contracts with large corporations. 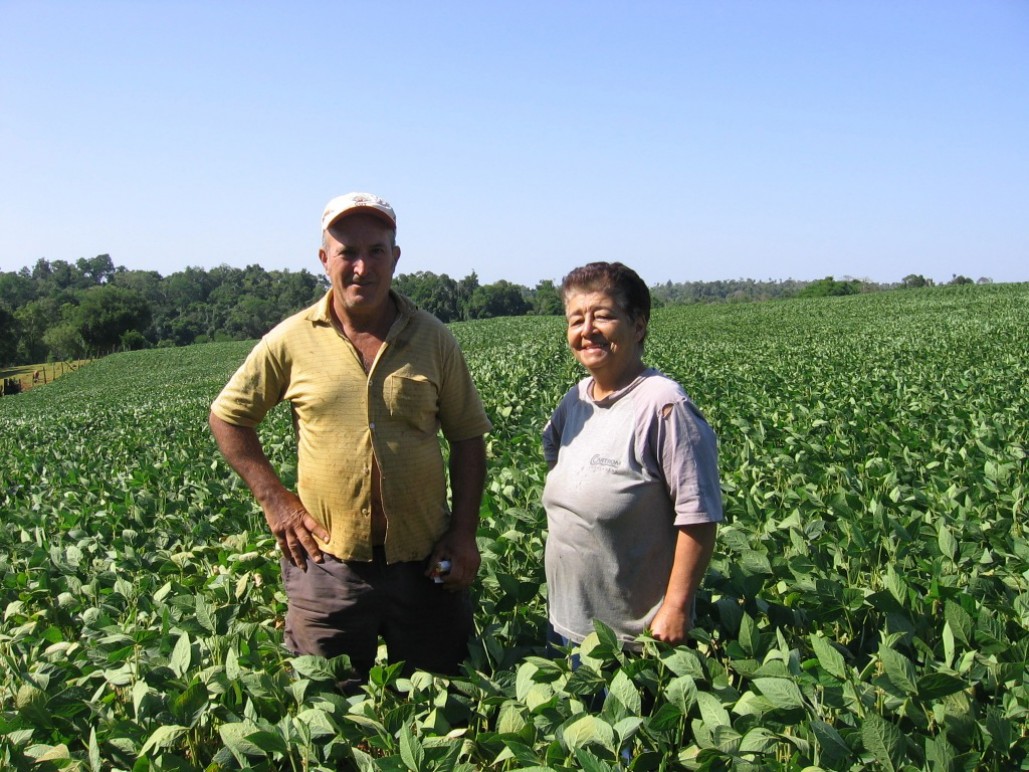 However, in 1986, the banana women caught the nation’s attention once more with a street campaign that saw them sell 40 tonnes of bananas from Nicaragua. Through these profits alone, better sanitation facilities, a nursery and an ambulance were provided for the communities from which these bananas were sourced, which benefited 4,000 workers and their families. Two years later, Ursula and the ‘banana women’ founded “The Fair Trade Banana Project” (Gebana - Fair Trade in Bananas) and so a new era was born. In 1998, Gebana AG was established, which today specialises in wholesale trade of fair trade products, working with farmer families worldwide to deliver their organic food directly to consumers in Europe. They are now certified Fairtrade.

“However, our work covers more than organic farming and fair trade – we are on the spot, investing in the development of sustainable value chains, advising as well as supporting farm families and processing their products still in the country of origin. This entails great risks, but creates income and jobs in some of the poorest countries in the world.”

As fair trade pioneers, Ursula and the remaining banana women demanded that a 15% premium should follow directly to the South.

“Only years later it dawned on me what Ursula meant by ‘there is no fair product’ – that the standardisation of ‘fair’ could be seen as a kind of modern indulgence.

“When I think about what Ursula means for Gebana and for me personally, it is the following sentence she often repeated: “My dream is everyone from the farmer to the customer all sitting around a table and bargaining for the price.”

“A couple of years ago, I was invited to speak at an event on the subject of “Fair Bananas”. The company, Chiquita, was also present. They had the Head of European Marketing flown in specially. He had barely arrived when he rushed up to me declaring his admiration for our work and for Ursula Brunner.” 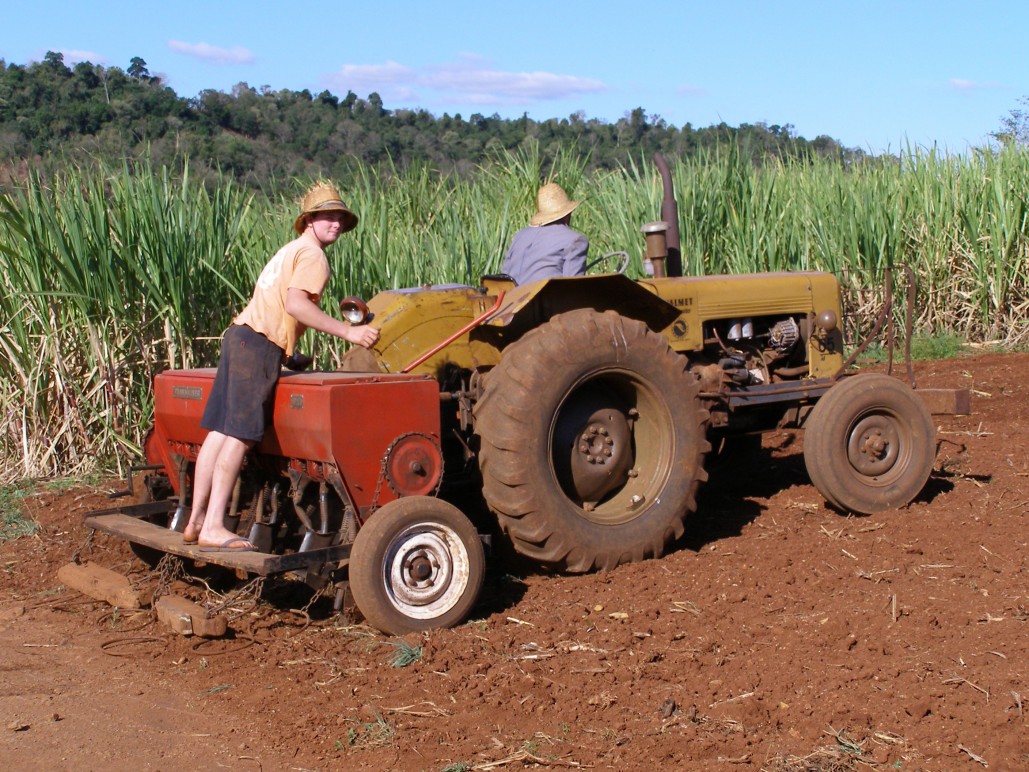 With the introduction of officially certified Fairtrade bananas, the banana women stopped their work. However, Ursula continued to campaign for trade justice right up until her death last year.

Adrian says: “Ursula started out by sitting on the Board, and then she decided she preferred working in the warehouse. She went on to become a consultant and activist recruiter and was always writing and discussing people inside and outside of the company. She was also an inspiration also to a new generation of fair trade start-ups.”

You can see how Ursula’s philosophy lives on in Gebana AG, who established Gebana Brazil in 2001. The organisation operated for a number of years as a division of its parent company, which has retained a shareholding, and continues to provide a high level of support.

Gebana Brazil has been a Shared Interest customer since 2005, and during this time, they have faced many challenges. As a strictly organic producer, their farmers have campaigned against the use of pesticides on nearby farms, which have affected their crop and led to a loss in production, and subsequently sales.

There was also a drought in 2012 that caused a large portion of their crop to fail. This meant that the organisation struggled to keep up with their loan repayments. Fortunately, we were able to work closely with the Gebana team and other social lenders to restructure their debt, which has been successful. Their business has improved over the last few years due to increasing their number of certified producers. They have also implemented a new hoeing technology for weeding which was previously a manual process.

Based in Capanema in South West Brazil, farmers in this region have been growing their crops without the use of chemical pesticides and fertilisers since the early 1980s, forming a small minority group within the agricultural industry. Reasons for this decision included their continual awareness of the decreasing fish stock in their rivers, and increasingly damaging incidents of their farmers sustaining injuries by handling chemicals.

Today, the main product of Gebana Brazil is organic soy. Although the product range has expanded over time into lecithin, corn, wheat, oat, rapeseed, and other grains – although these products are sold into the local market only. The organisation employs 39 permanent workers and 20 seasonal workers in processing and sees its greatest strength in direct contact with producers and customers.

Now Brazil is a growing market for organic products and Gebana Brazil sells approximately a third of its production nationally rather than internationally.

Gebana’s ‘agricultural technicians’ are constantly on the road and visit every farming family several times per year. During these visits, Gebana staff help farmers with their cultivation plans and production volumes, and check the quality of their crop.

“The most important part of our work is the direct contact with farmers. Frequent visits make it possible to gain an understanding and develop joint solutions – which builds trust. We also encourage loyalty by offering contracts for one or more years.”

“The cultivation of soy is the most important source of income for farmers in this region. We pay between 30% and 40% above the local market price for organic soybeans. However, in order to avoid a high dependency on soy, we encourage the planting of corn, wheat and canola amongst other products.” 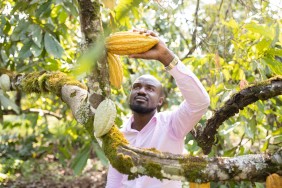